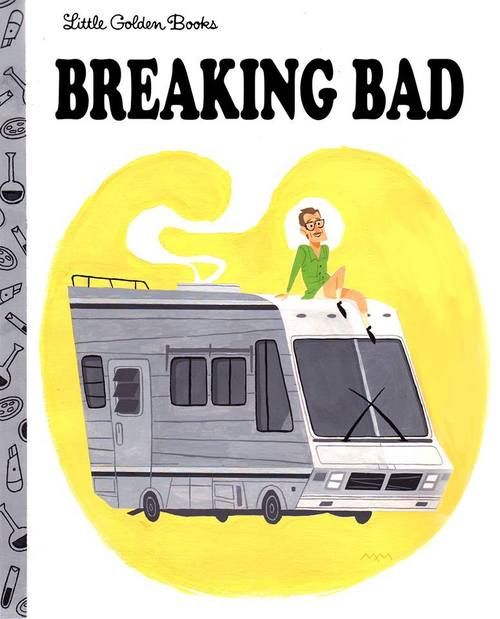 Mesel Isaac — January 25, 2014 — Pop Culture
References: gallerynucleus & news.cnet
Little Golden Books are considered to be the world's most recognizable collection of children's books, so much so that there is an exhibit dedicated to them entitled Little Golden Tales.

Running from January 18 to February 9 in Alhambra, California, Little Golden Tales is an event hosted by Nucleus that seeks to celebrate Little Golden Books by having a series of artists create their own imaginative covers, designed in the style of the series. Some of the most eye-catching ones are those based off works of popular culture such as: Breaking Bad, the Creature from the Black Lagoon, The Goonies, Doctor Who, The Lord of the Rings, Moonrise Kingdom and Star Wars.