A Year of Fairy Tales

Top 34 Ways to Seek Enchantment
Next
Set of
Related
Ideas 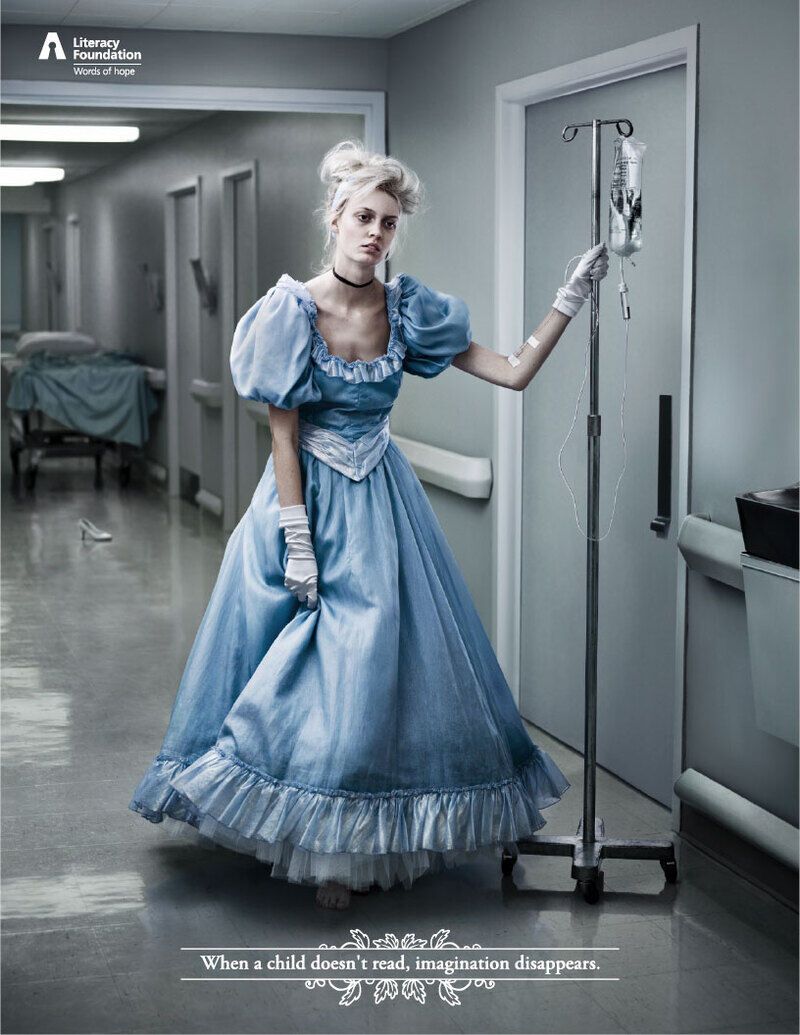 Marissa Brassfield — November 25, 2008 — Marketing
References: fondationalphabetisation.org & coloribus
Share on Facebook Share on Twitter Share on LinkedIn Share on Pinterest
This poignant campaign from the Literacy Foundation for the tenth anniversary of 'The Gift of Reading' shows fallen fairytale heroes. Cinderella, Peter Pan, Little Red Riding Hood, Sleeping Beauty, a dwarf, and Hansel (sans Gretel) are all in a hospital/assisted living center. Their drawn faces and empty stares are soulless and unnerving.

With a tag line "When you don't read, imagination disappears," the ads by Bleublancrouge channel the moment in 'Peter Pan' where Tinkerbell has been poisoned and can only be saved if people clap to show their belief in her.

Gaëtan Namouric, the executive vice president and creative director of Bleublancrouge, hammers home the campaign by emphasizing some of the more direct consequences of illiteracy as it pertains to the creative industry in the quote below.

Advertising With Fairytales
Puss in Boots for Saniterpen