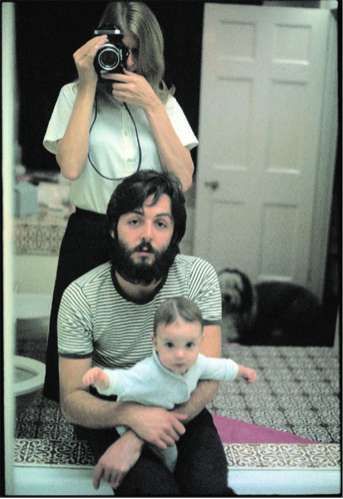 The Linda McCartney Life in Photographs Collection is Venerable & Vintage

Linda McCartney's career as a photographer began while she was employed as a receptionist at Town & Country Magazine. In 1966, she scored a press pass to an extremely exclusive Rolling Stones promotional event, where she snapped a series of candid photographs of the Stones. The photographs were considered far better quality than the shots taken by the Rolling Stones' official photographer, and her career exploded soon after when her picture of Eric Clapton made her the first female photographer to shoot a Rolling Stone cover.

The Linda McCartney 'Life in Photographs' collection takes a behind-the-scenes look at some of music's most recognized, celebrated and deified rock stars. The book showcases private shots of Linda and her husband, Paul McCartney, Jimi Hendrix, The Beatles, and Johnny Depp and Kate Moss, among others.

The Linda McCartney 'Life in Photographs' images are currently on display at the Bonni Benrubi Gallery in New York City until the end of July.
4.5
Score
Popularity
Activity
Freshness
View Innovation Webinars