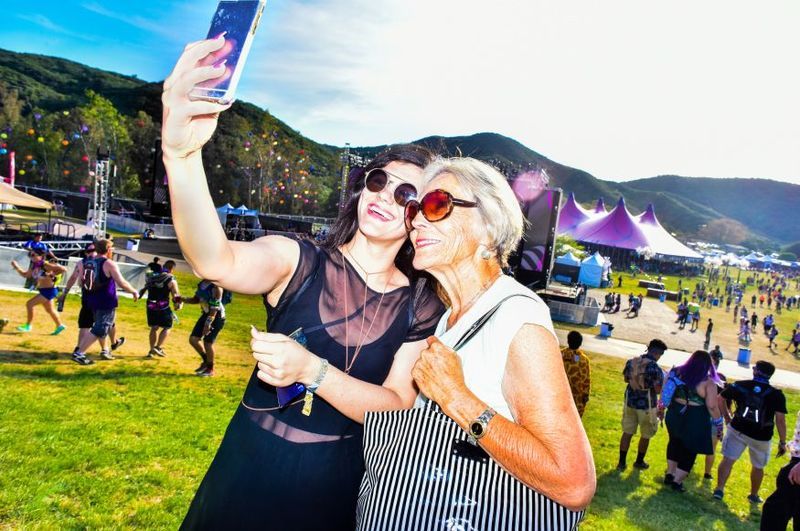 Lily di Costanzo Brings Her Grandmother to an EDM Festival

Meghan Young — April 5, 2016 — Life-Stages
References: refinery29
Share on Facebook Share on Twitter Share on LinkedIn Share on Pinterest
When it comes to hanging out with the grandparents, tea and biscuits often come to mind -- but not for Lily di Costanzo, at least not this time. After going down the rabbit hole of Facebook memories, this writer realized she was nostalgic for her teen years, specifically those spent at music festivals. She wanted to recapture the feelings by attending an EDM festival with a newbie: her grandmother.

What looks like an amazing experience, Lily di Costanzo and Grammy Annette exposed themselves to a whole new side of life by essentially putting themselves in each others shoes. Although Lily was naturally protective, she writes, "[Grammy] traveled the world and raised her four daughters to embrace feminism and tolerance way before my generation took up the cause." Essentially realizing, Grammy can take care of herself.
1.1
Score
Popularity
Activity
Freshness
Get the 2023 Trend Report FREE