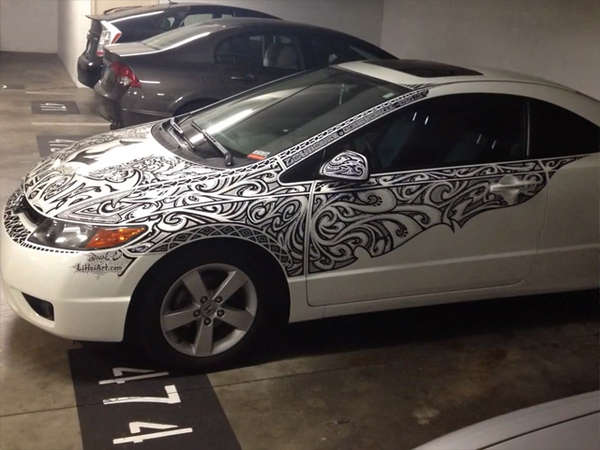 Michael Hines — December 30, 2012 — Autos
References: lihaiart & carbuzz
Share on Facebook Share on Twitter Share on LinkedIn Share on Pinterest
At first glance, the LiHai Sharpie Civic appears to be just like any other Sharpie car. That being said, all cars decorated with permanent marker are pretty amazing, but nothing really sets them apart from one another. However, the LiHai Sharpie Civic manages to stand out from the pack due to the way it was created. LiHai is a Southern California clothing brand founded by Darel-C. In addition to making clothes, Darel-C is also a pretty talented artist.

The only planned bit of the LiHai Sharpie Civic was the LiHai logo on the hood. Everything else was done on the fly. For those who are artistically challenged, this is nearly impossible to imagine. However, the most awesome things are usually the hardest to believe. Check out the time-lapse video to watch Darel-C turn a normal Honda Civic into an extraordinary work of Sharpie art.