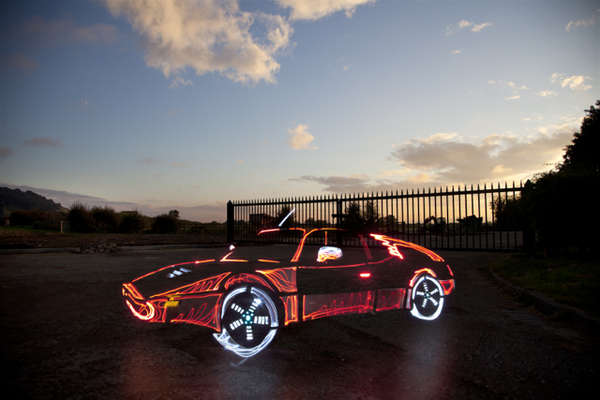 "In 'no way whatsoever' did we include the Superdry Morgan Threewheeler as a way of trying to get major companies to give us mega amounts of money to do one-off pictures for them. That thought never crossed our innocent minds, whatsoever," says entrepreneur Marc Cameron cheekily.

The methods behind the light graffiti car photos are not fully revealed by the duo, which adds the the mystique of this collection.
4.8
Score
Popularity
Activity
Freshness
Jeremy Gutsche Keynote Speaker