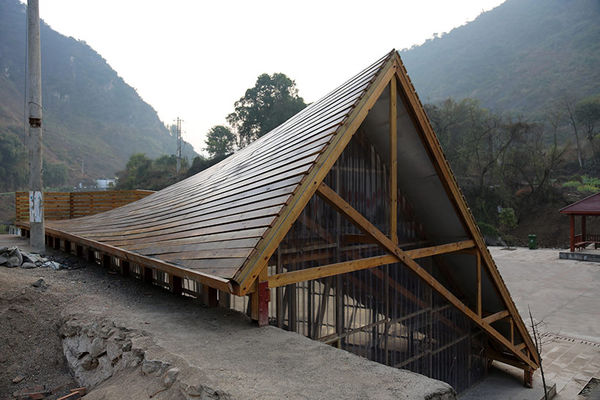 The Pinch: Library and Community Center Helps Children in China

Jamie Danielle Munro — April 15, 2014 — Art & Design
References: fac.arch.hku.hk & designboom
Share on Facebook Share on Twitter Share on LinkedIn Share on Pinterest
The Pinch Library and Community Center was built to help an area effected by an earthquake in 2012. Shuanghe Village in Yunnan Province in China had not been fully rebuilt over a year later, so architects Olivier Ottevaere and John Lin decided to try and help out the people in this area.

With not a whole lot of space to build, the two decided on a small space against a concrete wall to build the library and community center. The roof has a sloping design, and can be access from the upper level of the concrete area, creating a play space for the children. When they are not playing, the kids can go inside and grab a book to read.