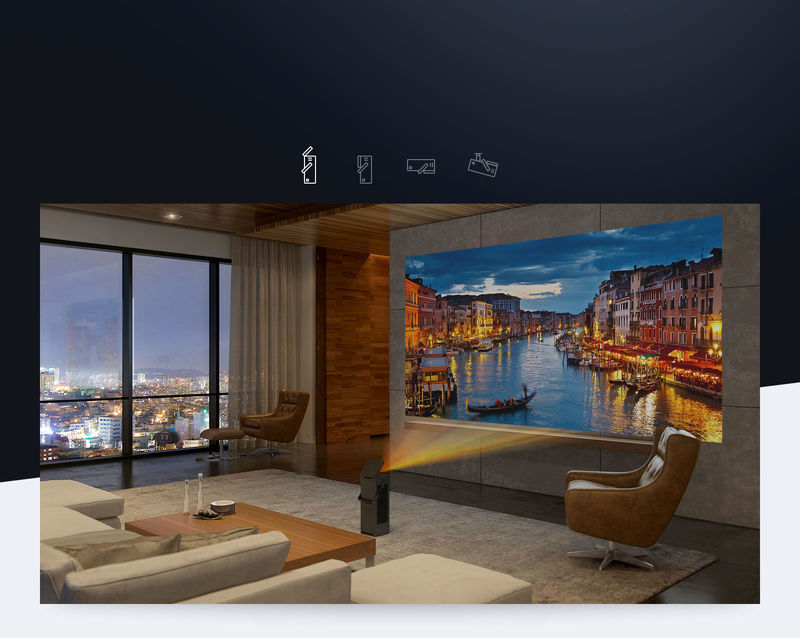 The LG CineBeam is the Brand's First 4K Option

Joey Haar — June 5, 2018 — Tech
References: lg & engadget
4K televisions are becoming increasingly popular, but they're inherently limited by their screen size -- the LG CineBeam is a new device from the electronics brand that adds variability to the 4K entertainment experience. The luxurious projects can shoot 4K video with a screen size as large as 150 inches, giving consumers the biggest and highest definition content currently available.

Aside from its obvious entertainment value, the LG CineBeam also stands apart because of its form factor. Rather than the traditional ceiling-mounted projector, the CineBeam stands either vertically upright or on its side, which makes it simple to carry around from room to room. The mirror that casts the projection can also be closed when the device isn't in use, adding an extra layer of protection.
4.5
Score
Popularity
Activity
Freshness