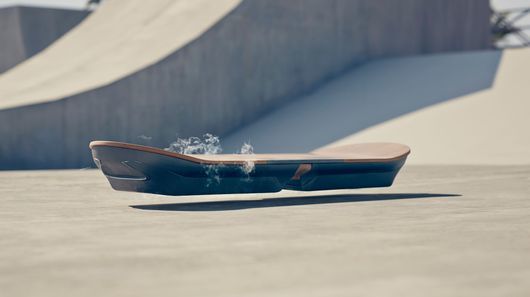 Rahul Kalvapalle — June 29, 2015 — Autos
References: pressroom.toyota & gizmag
Share on Facebook Share on Twitter Share on LinkedIn Share on Pinterest
The Lexus hoverboard is a mysterious invention, details of which are still somewhat scarce, that will be featured in the luxury automaker's Amazing in Motion campaign. This hoverboard won't be made for sale, though a prototype is being created for the campaign.

Lexus claims that its hoverboard will comfortably be one of the most advanced in the world to date. While most hoverboard projects seem to have been created by backyard inventors, lone wolf groups and startups, the fact that this one is being developed by an industry-leading automaker is what marks it out as one to watch.

Mark Templin, executive vice president of Lexus International, says of the Lexus Hoverboard that "it's the perfect example of the amazing things that can be achieved when you combine technology, design and imagination."
6.3
Score
Popularity
Activity
Freshness
Jeremy Gutsche Keynote Speaker