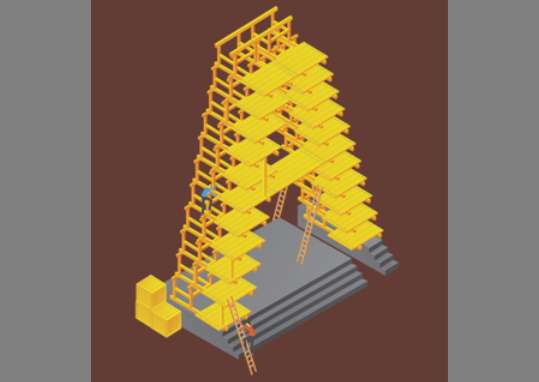 Amelia Roblin — October 10, 2011 — Art & Design
References: behance.net & behance.net
Share on Facebook Share on Twitter Share on LinkedIn Share on Pinterest
Typography is an essential study for graphic designers which demonstrates limitless potential for imaginative illustration. Letter, Letter, Letter is a project put together by Jing Zhang, in which individual characters are literally constructed from the building blocks of shape and color.

The collection of symbols does not include every letter of the alphabet, perhaps because the creator found the assignment to be as demanding as assembling architectural models. Each image presents a unique scene of three dimensionally rendered characters composing everything from walls and scaffolding to staircases and conveyor belts. Modern houses, whimsical factories and LEGO towers are molded into the forms of capital vowels and consonants. Tiny people interact with their ABC building sites, bringing a lighthearted charm to the challenging Letter, Letter, Letter project.
3.2
Score
Popularity
Activity
Freshness
Get Better and Faster