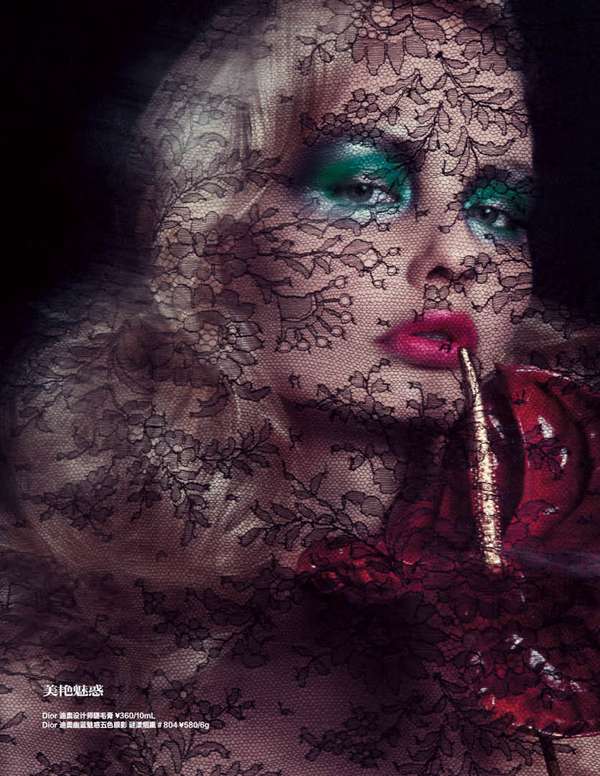 Taking a bold approach to the standard fashion editorial, Michelle captures the two supermodels in a variety of close-ups, with their faces covered in lace -- reminiscent of a bride's veil, or that of a mourning widow. Combined with the electrifying makeup of Aya Fujita, however, the two beauties seem to take on a femme fatale persona, adding to the mystery and flirty undertones of the shoot.

If this editorial is any indication of what's to come, it seems 2012 is the year that mainstream fashion embraces a wider array of lip colors, from hot pink and tangerine to mint and gold. Don't miss Lesly Masson and Marcella Breukers in Harper's Bazaar China February 2012 for a look at ultra elegant and futuristic styling.
5.3
Score
Popularity
Activity
Freshness
Attend Future Festival Virtual