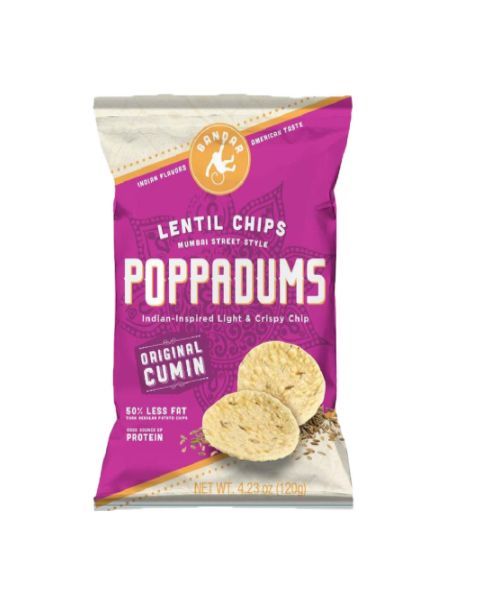 Bandar Foods' 'Poppadums' Introduce an Eastern Snack to the West

Its line of 'Poppadums' offer a different take on the Papadum, a disk-shaped Indian snack that is traditionally made with a seasoned dough base made from lentil, chickpea, rice, tapioca or potato flour. Bandar's Poppadums are made from lentils and come in cumin and black pepper flavors.

Increasing diversity across the United States has sparked a demand for authentic, globally inspired dishes. This year, Bandar Foods was present at the Winter Fancy Food Show, where its products shared the spotlight with a number of new Indian-inspired food and beverage products on the market.
2.1
Score
Popularity
Activity
Freshness
Get Better and Faster