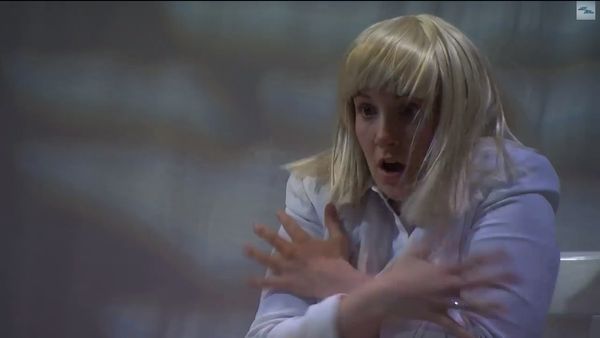 Lena Dunham Does a Special Performance of Sia’s Chandelier

Alyson Wyers — June 10, 2014 — Pop Culture
References: youtu.be & buzzfeed
As Late Night With Seth Meyers continues to draw an impressive set of guests, Lena Dunham recently performed as a special guest. In an odd yet entrancing bit, the Girls actress lip synced Chandelier by Sia. As a blonde-wigged Dunham danced about the stage and pulled some interesting facial expressions, the real Sia lay face down in a bunk bed singing the song into a pillow.

While a little awkward to watch, you can’t turn your eyes away from the two talented stars.