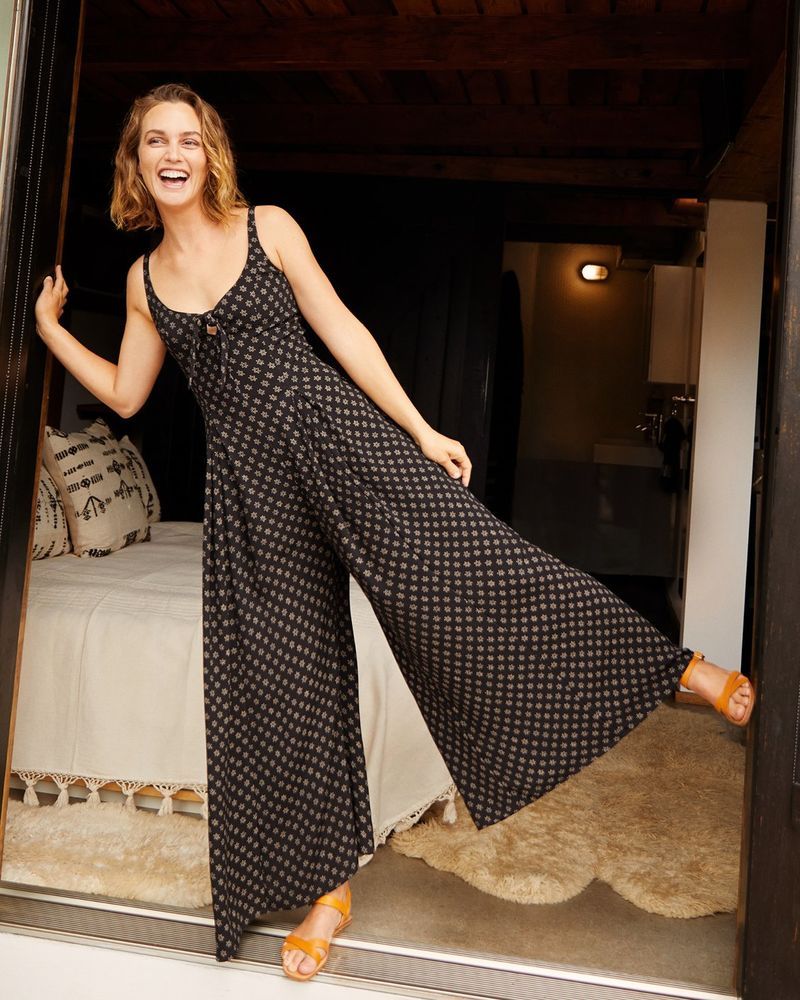 Katherine Pendrill — July 13, 2019 — Pop Culture
References: christydawn & bustle
Share on Facebook Share on Twitter Share on LinkedIn Share on Pinterest
Though she's best known for her role on 'Gossip Girl,' Leighton Meester is entering the world of fashion design with a new collaborative effort called Leighton Meester x Christy Dawn. Not only is the effort eco-friendly, but a portion of the proceeds also go to charity.

Christy Dawn is a Los Angeles-based clothing brand that uses deadstock fabrics to create sustainable, vintage-inspired pieces. Meester is equally committed to the sustainable fashion movement, which is why she teamed up with the designer.

The Leighton Meester x Christy Dawn collaboration consists of just one signature piece called The Leighton Jumper, which took six months to design. The jumpsuit is sleeveless with wide legs, and was partially inspired by the Miss Honey character from 'Matilda.' A portion of the proceeds from the sale of the jumpsuit also goes towards the Downtown Women’s Center in Los Angeles.