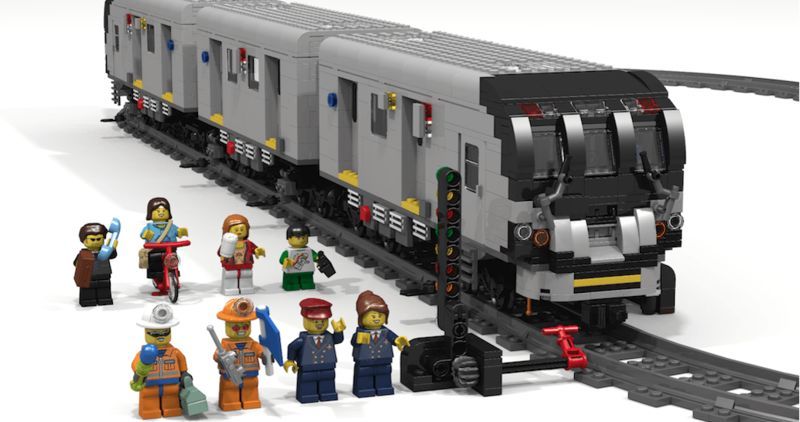 Kalina Ned — April 18, 2018 — Autos
References: ideas.lego & dailyhive
Share on Facebook Share on Twitter Share on LinkedIn Share on Pinterest
This all-LEGO subway system replica of the Toronto Transit Commision is intricate and adorable. The model was built by TTC worker Aaron Chapman, who apparently has an extreme passion for LEGO and transit vehicles. The creative operator acquired pieces from other building kits, in order to complete his own impressive LEGO subway set. Those living in Toronto can attest to the fact that the model is an exact replica, both in aesthetic and in structure.

After a quick chat with the staff at the local LEGO store, the TTC worker realized that Toronto-themed playsets are in huge demand. As such, Aaron Chapman developed his project and submitted his design to LEGO Ideas, dubbing it 'TTC's Toronto Rocket Subway Train.' The kit consists of 28 pieces of track, two TTC Operator Minifigures and 2,910 bricks.