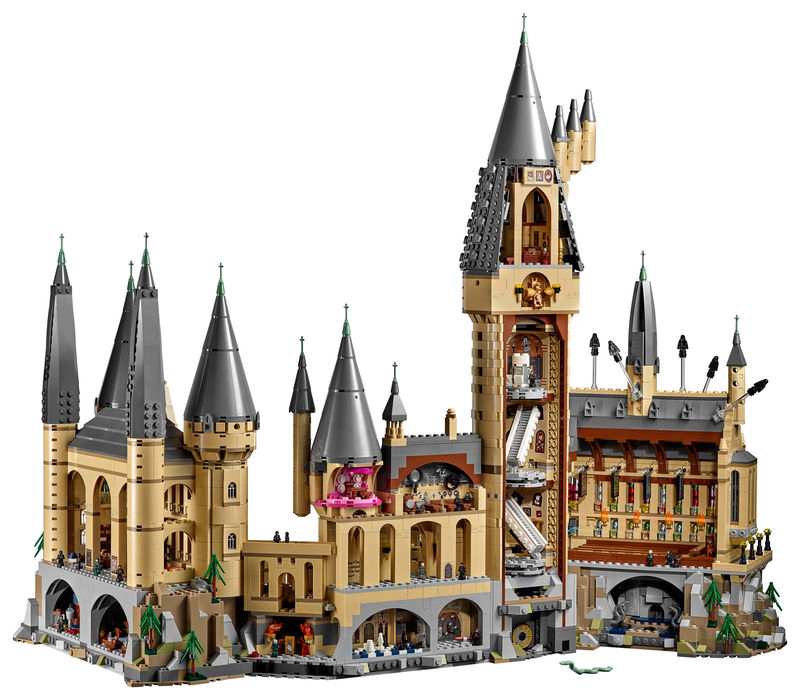 Justin Lam — July 27, 2018 — Life-Stages
References: io9.gizmodo & luxurylaunches
Share on Facebook Share on Twitter Share on LinkedIn Share on Pinterest
Large LEGO sets are often the epitome of buildable models and a new 6,000 piece LEGO Hogwarts Castle joins the pantheon of incredible building block models. This will be the fist microscale set produced by LEGO for the Harry Potter universe and will come complete with 27 microfigures; including Dumbledore, Harry, Ron, Hermione, Draco, Snape, McGonagall, Remus, Umbridge, Lord Voldemort, the Aragog the spider, the Basilisk, a Hungarian Horntail dragon, and five dementors.

Despite the smaller footprint of the set, LEGO has managed to include an incredible amount of detail in to its LEGO Hogwarts Castle, including the Castle's Great hall, the Library, various classrooms, the Chamber of Secrets and much more. The pricetag may seem a little steep, $400, but this piece will definitely appeal to die-hard Harry Potter fans hoping to own their very own recreation of Hogwarts Castle.
2.5
Score
Popularity
Activity
Freshness
Attend Future Festival Virtual