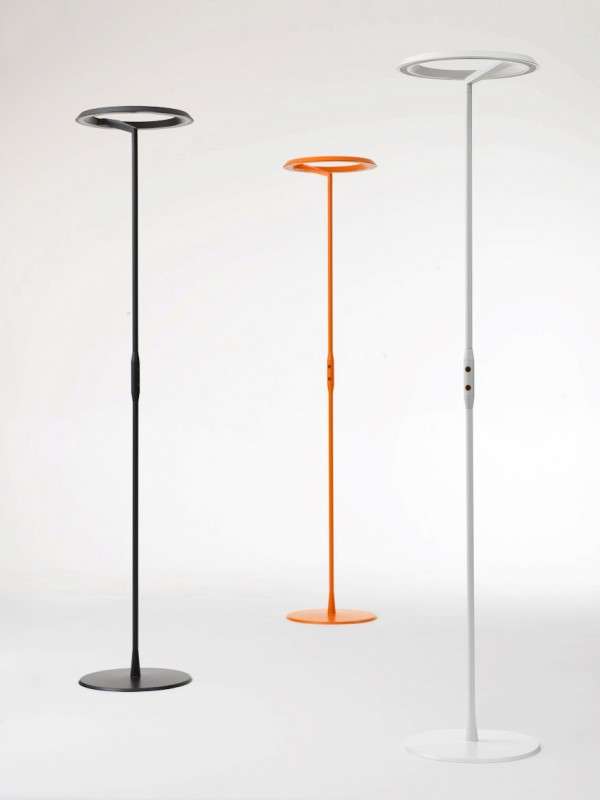 LED Uplighter by Claesson Koivisto Rune is Simplistic and Sophisticated

Meghan Young — October 24, 2012 — Art & Design
References: ckr.se & plusmood
Share on Facebook Share on Twitter Share on LinkedIn Share on Pinterest
The LED Uplighter by Claesson Koivisto Rune, a studio based in Stockholm, Sweden, may have a very minimalistic aesthetic, but there is something incredibly arresting about its clean lines and circular lighting. As though harnessing an angel's halo, the floor lamp has a pristine quality that is utterly divine. That said, there is also a futuristic element to the design that will appeal to those who lack romantic inclinations.

Created for the Swedish lighting company, Wästberg, the LED Uplighter by Claesson Koivisto Rune recently made its debut during Orgatec 2012. Equipped with two separate light sources and a dimmer, the floor lamp is controlled by a set of simple touch buttons. It will complement any home.
5.8
Score
Popularity
Activity
Freshness
Access Advisory Services