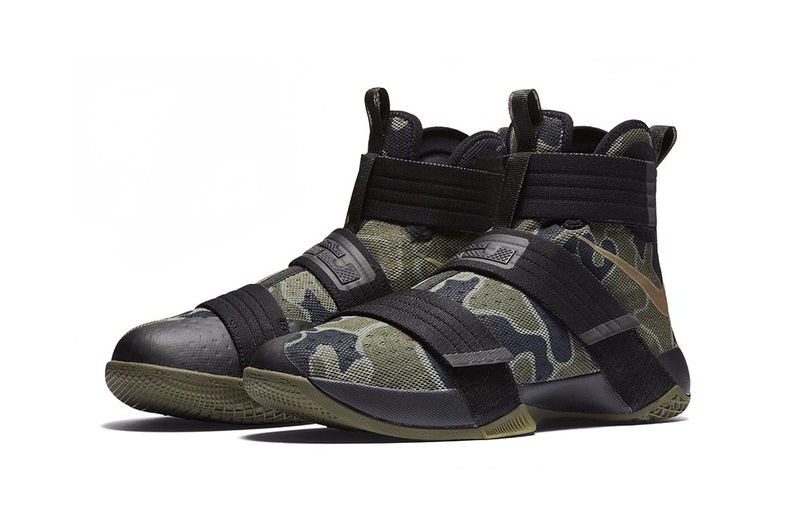 Nike Adapted Its LeBron Soldier 10 with a Camouflage Print

Taking a theme that's seen a huge resurgence in recent times, Nike infuses the sneakers with a camouflage upper, which it complements with olive-toned soles and black straps. The brand diverges from the all-neutral colorway only slightly, in the form of a muted gold Swoosh logo that appears near the heel.

With this, the LeBron Soldier 10s carry a masculine look that's enhanced both by the colorway and the structure itself, making for a release that's likely to be sought-after amongst youthful male consumers. Those in Singapore will be the first with access to the new LeBron Soldier 10s, however Nike will launch the sneakers on an international scale not much later.
5
Score
Popularity
Activity
Freshness
Get Trend Hunter Dashboard