Electronic Cigarette Helps You Stub Out The Habit 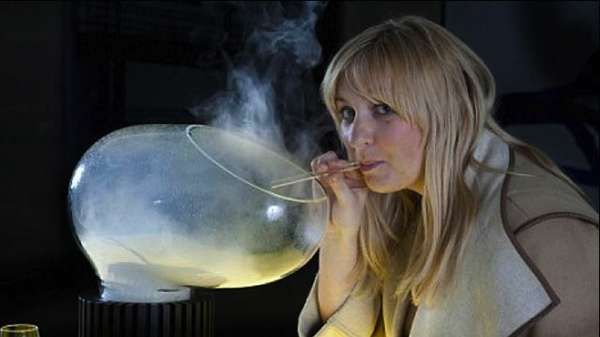 Meghan Young — January 29, 2011 — Unique
References: dailymail & jezebel
Share on Facebook Share on Twitter Share on LinkedIn Share on Pinterest
The Le Whaf satisfies your food cravings without having to ingest all those horrible and unnecessary calories. Although we've heard of a similar product called Le Whif, instead of curbing just your chocolate craving, you can pretty much enjoy anything on the menu.

Invented by Professor David Edwards, Le Whaf converts specially-prepared liquidized dishes into vapor that is captured in a glass bowl. The user than breathes in that vapor via a straw. Le Whaf can also be used for alcohol.