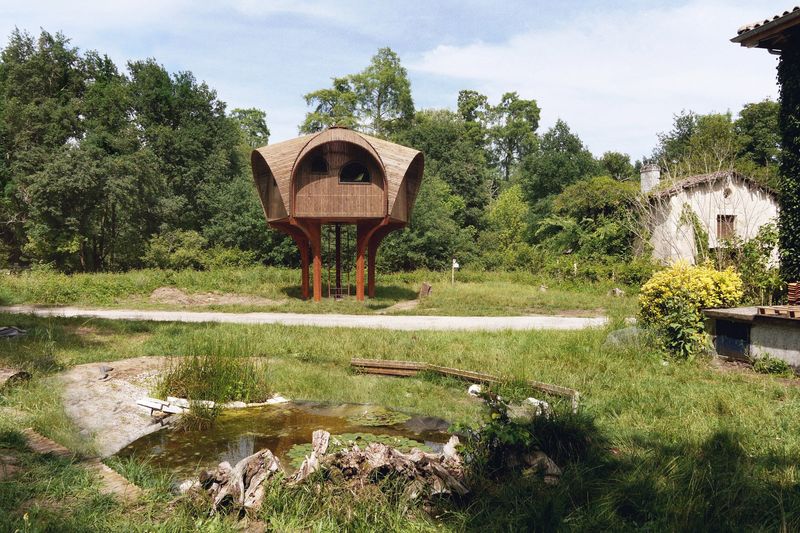 Joey Haar — July 4, 2017 — Art & Design
References: dezeen
Share on Facebook Share on Twitter Share on LinkedIn Share on Pinterest
Considering that hiking trips consist of little more than walking through nature, the activity can be surprisingly cumbersome and expensive, but Le Haut Perche helps hikers in the French region of Bordeaux to limit both of those issues. The stilted hikers' shelter is a free sanctuary for people exploring the Parc des Jalles trails northwest of the city of Bordeaux.

The buildings that surround Le Haut Perche are far more traditional, with overgrown vines and brushes that give them an abandoned quality (even though the buildings are occupied by wildlife reserve offices.) Placed on stilts and made from entirely different materials, Le Haut Perche stands out starkly from its neighbors.

The shelter was nonetheless inspired by its surroundings, albeit the natural ones. It is on the banks of a river that is one of the main water sources for Bordeaux, and so its architects, London-based Studio Weave, designed it to look like a water tower.
2.9
Score
Popularity
Activity
Freshness
Get Better and Faster