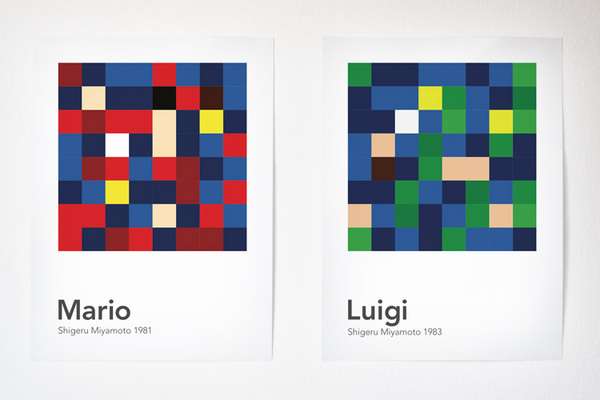 Jason Soy — May 3, 2012 — Tech
References: lauravidal.me & blog.thaeger
Share on Facebook Share on Twitter Share on LinkedIn Share on Pinterest
If you can identify the characters of these Laura Vidal game avatar portraits without having to look at their descriptions, you may just be as geeky as I am. But that was kind of Vidal’s goal, to rearrange the pixels that make up video game graphics and hopefully have viewers still retain the same connection they have with the likes of Mario, Luigi, Pacman, Cloud, Ryu, Yoshi, Sonic and others. The effect was successful and it makes audiences realize just how iconic the color schemes are that were used to make up each 8-bit hero.

Laura Vidal is a web developer and graphic designer currently based in Innsbruck, Austria. She crafted these posters, which she titled ‘Scrambled Videogame Characters,’ as an apartment warming gift for her friend David.

Geeky Birdhouses
The NirdHaus Shop Lets Even Birds Nerd Out