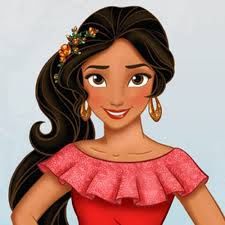 Olivia Singh — February 9, 2015 — Pop Culture
References: boredpanda & time
Disney has embraced another culturally diverse group in the form of a brand new Latina Disney Princess. Known as Princess Elena of Avalor, this Latina Disney Princess is making her debut in on a show called 'Sofia the First,' to be aired on the Disney Junior channel in 2016.

While talking with TIME about the Latina Disney Princess, the Disney channel geared towards the preteens and children said that Elena happens to be “a confident and compassionate teenager in an enchanted fairy tale kingdom inspired by diverse Latin cultures and folklore.”

Rumor has it that Elena, the Latina Disney Princess, might even get a show with her in the lead role after her debut performance.

Elena will have a similar plot structure as that Snow White.
4.9
Score
Popularity
Activity
Freshness