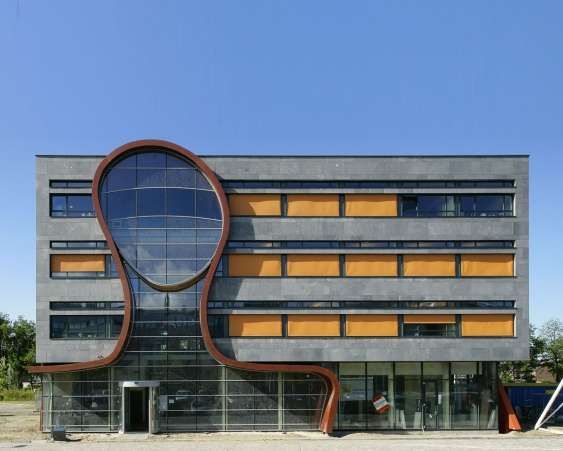 Law Office Shaped in the Image of 'Lady Justice'

Ayman — March 30, 2008 — Art & Design
References: eikongraphia
Share on Facebook Share on Twitter Share on LinkedIn Share on Pinterest
A law office in the Netherlands wanted to incorporate the universal justice icon, "Justitia," into their architecture as a promotion and reflection of their morals and standards. Accordingly, they commissioned the '19 het Atelier' architecture office for this abstract modern representation of a four story high Lady Justice that is integrated into the architecture itself.

Lady Justice (Justitia, the Roman Goddess of Justice) is commonly used in courthouses as a symbol of justice and impartiality. Since the Renaissance, Justitia has often been depicted as a bare-breasted woman carrying a sword and scales while wearing a blindfold.

I absolutely love how they represented the blindfold via darker glass. Genius. As a final node to the ancient justice system, old laws are printed on the glass.
2.8
Score
Popularity
Activity
Freshness
Jeremy Gutsche Keynote Speaker