Retro Handbag of the Day 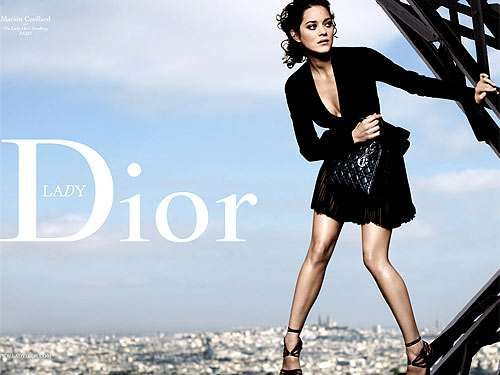 Lady Dior Atop the Eiffel Tower

Ayman — November 9, 2008 — Marketing
References: ladydior & fashionologie
Share on Facebook Share on Twitter Share on LinkedIn Share on Pinterest
Dior wanted something special for the ad campaign of their Lady Dior bag, an iconic bag that was first introduced in 1995 and carried by the likes of Princess Diana. And a recreation of an iconic series of photographs of Lisa Fonssagrives swinging from the girders of the Eiffel Tower in the May 1939 issue of Vogue seems to fit the bill.

The new ad features French beauty Marion Cotillard captured by Peter Lindbergh in what appears to be a Photoshopped ad. Either that, or she's extremely brave...

The ad is the first in a series of four that will debut on the new Lady Dior site which is set to go live later this month.
3.3
Score
Popularity
Activity
Freshness
Attend Future Festival