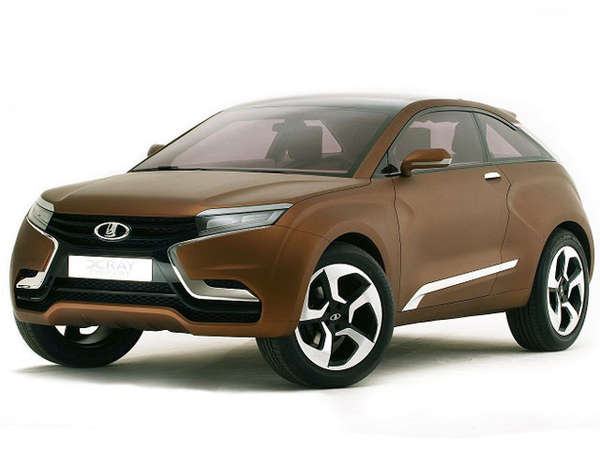 Michael Hines — August 30, 2012 — Autos
References: ladausa.net & carbuzz
Share on Facebook Share on Twitter Share on LinkedIn Share on Pinterest
The Lada Xray represents a major step forward for the Russian automotive industry. AvtoVAZ (the maker of Lada and Volga) has traditionally made cars that can best be described as boxy. The three-door Xray is not boxy by any means. In fact, Lada's latest concept can safely be called sexy.

The Lada Xray was designed in Turin, Italy, by Steve Mattin, a former designer for both Volvo and Mercedes-Benz. The concept gets its name from the 'x' shape formed by its front grille. Brown normally isn't very becoming on cars, but the Lada Xray makes it work. The interior of the crossover is equally impressive, if not more so, than the exterior. The black on brown color scheme and contemporary styling are a far cry from what Lada is known for.
3.3
Score
Popularity
Activity
Freshness
View Innovation Webinars