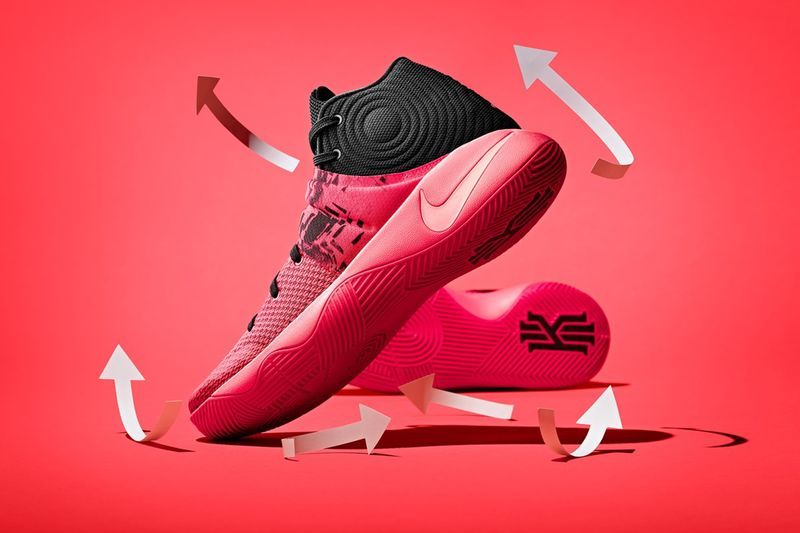 The 'Nike Kyrie 2' Shoes Have a Curved Midsole and Outsole

Christopher Magsambol — December 9, 2015 — Fashion
References: nike & hypebeast
Share on Facebook Share on Twitter Share on LinkedIn Share on Pinterest
Despite an injury-plagued season, NBA All-Star Kyrie Irving and Nike have released the 'Nike Kyrie 2,' designed with the superstar's capabilities in mind. Irving is known to be one of the quickest players in the league, and his second signature shoe was built to withstand constant pressure on the court.

The Nike Kyrie 2 has the world's first ever curved midsole and outsole, aimed to support Irving's swift and agile movement, which also allows him to comfortably stop on a dime comfortably. The shoe is also meant to help Irving when decelerating on the court after traveling at fast speeds, creating space as well as shooting and passing opportunities.

Overall, the Kyrie 2 has improved comfort and responsiveness that can help any athlete. This quality shoe comes in an 'Inferno' colorway, and a soon-to-be-released 'Effect' version as well.
5.4
Score
Popularity
Activity
Freshness
Jeremy Gutsche Keynote Speaker