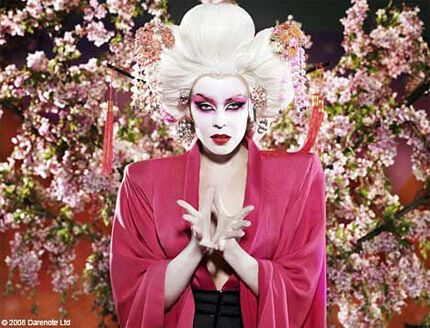 Then again, who are we to judge her? She's heralded the world over for her fashion savvy, and she wouldn't be kicking off her KylieX2008 world tour like this if she didn't believe in the look.

Maybe we had better take a hint from Ms. Minogue and start applying our own white makeup, crimson lips and paint on some fierce eye shadow to pair with our own geisha gowns.

Unknown to most, Kylie actually tried the Geisha look before. In 1997, way before Memoirs of a Geisha was released, she shot the video featured above. It flopped, but I guess she thinks the Japanese glam look is worth a second attempt!
5.4
Score
Popularity
Activity
Freshness
Access Advisory Services