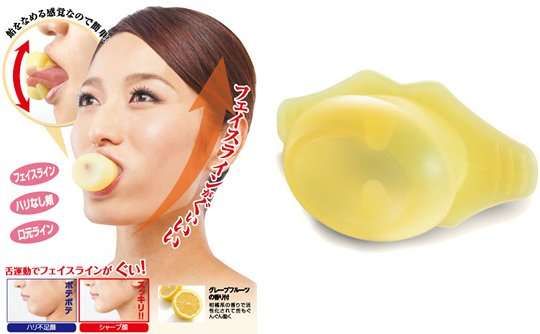 Meghan Young — October 19, 2012 — Art & Design
References: japantrendshop & bookofjoe
Share on Facebook Share on Twitter Share on LinkedIn Share on Pinterest
The Kuwaete Sukkiri Tongue Exerciser is a special mouthpiece that was created with the sole purpose of tightening saggy cheeks for a more youthful look. Although it might sound and appear rather laughable at first, when one takes other products and procedures that claim to do the same thing, it doesn't seem so bizarre. For instance, instead of relying on miracle creams or invasive surgeries, the Kuwaete Sukkiri Tongue Exerciser encourages women to workout their muscles, which is never the lazy man's solution.

Available at the Japan Trend Shop, the Kuwaete Sukkiri Tongue Exerciser was created by professional esthetician Kimiko Hirayama. Placed over the tongue, the muscles are tightened either when the tongue lifts it up and down or the teeth clench and unclench it.
3.1
Score
Popularity
Activity
Freshness
Access Advisory Services