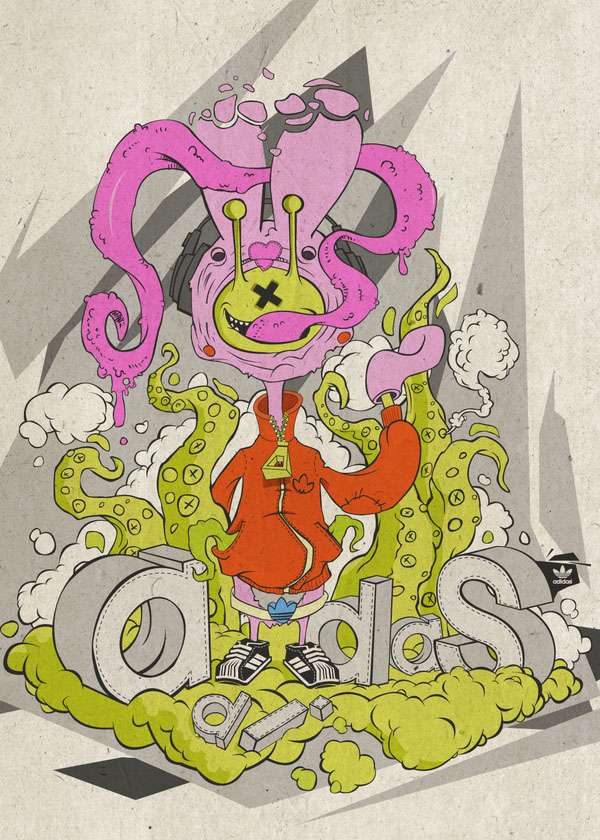 Jason Soy — September 4, 2011 — Marketing
References: behance.net & kirpluk.deviantart
These Konrad Kirpluk illustrations would not be out of place as a mural on the wall of an urban setting, but thankfully, they are actually just designs for potential Adidas wear. Can you not imagine how sick these kooky, oozing graphics of a bunny in a jumpsuit would look on a T-shirt?

Konrad Kirpluk is a U.K.-based illustrator who specializes in using vector graphics in various pop art styles. Commonly seen in his art pieces are hyperbolic characters with graffiti artwork influences. I’m most impressed with Kirpluk’s skill of emulating felt-tip marker strokes in the digital realm.

Implications - Consumers are obsessed with expressing their individuality, as it’s seen as an ideal in first-world nations. As a method of invoking particular identity characteristics, sneaker corporations often align themselves with particular subcultures. Corporations in other industries may also consider aligning their wares with particular subcultures as a way to gain credibility and ultimately garner consumer business.
5.6
Score
Popularity
Activity
Freshness