Biofuel Supercar Could be World's Fastest 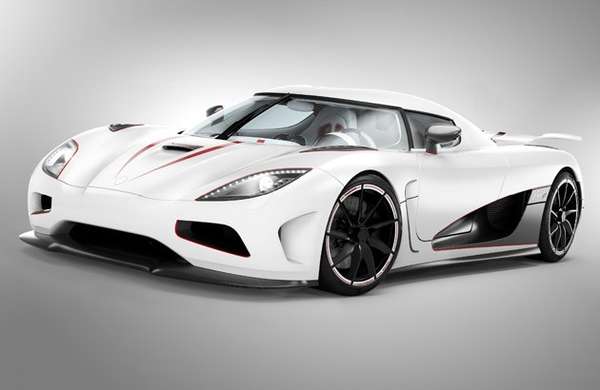 Peter Vallas — March 2, 2011 — Autos
References: koenigsegg & autoblog
Share on Facebook Share on Twitter Share on LinkedIn Share on Pinterest
All other car manufacturers should beware, as the Koenigsegg Agera R has made its debut. The Swedish hypercar is the fastest that the company has ever built. The Koenigsegg Agera R produces a mind-blowing 1115HP from a 5.0 liter twin-turbo V8. If you’re thinking a car with this much power will post too much of a carbon footprint, think again. The Koenigsegg Agera R is capable of even running on E-85 bio fuel.

The Koenigsegg Agera R will have any car enthusiast drooling, but at £875,000, it will be hard for many to even get a chance to feel the speed that this beast is capable. This super-fast Koenigsegg is set to release in March, 2011. View the gallery to see that not only is this thing quick, it is immensely attractive.
3.1
Score
Popularity
Activity
Freshness
Get Better and Faster