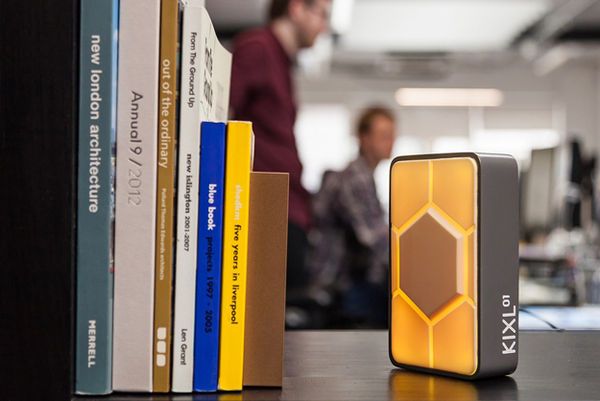 Meghan Young — April 24, 2014 — Lifestyle
References: uniform.net & psfk
Share on Facebook Share on Twitter Share on LinkedIn Share on Pinterest
Kixl by Uniform, an independent creative agency based in Liverpool, United Kingdom, is a device geared towards soccer fans. Although a rather simple gadget, it helps keep fans in the loop, especially when they are busy at work or important functions. Essentially, it glows a specific color to indicate whether or not there is any significant chatter about the sport going on social media networks such as Facebook, Twitter and more.

In this way, people who own Kixl by Uniform can gauge at a quick glance whether it is worth checking their social media feeds or simply sticking to the task at hand uninterrupted. Basic yet ingenious, it ensures that distractions are kept to a minimum. Green shows that there isn't much chatter, orange shows that its building and red shows its full-blown.
5.5
Score
Popularity
Activity
Freshness
Get Better and Faster

Desktop T-Shirt Printers
With Merchmakr, You Can Set Up a Screen Printing Shop in Your Bedroom