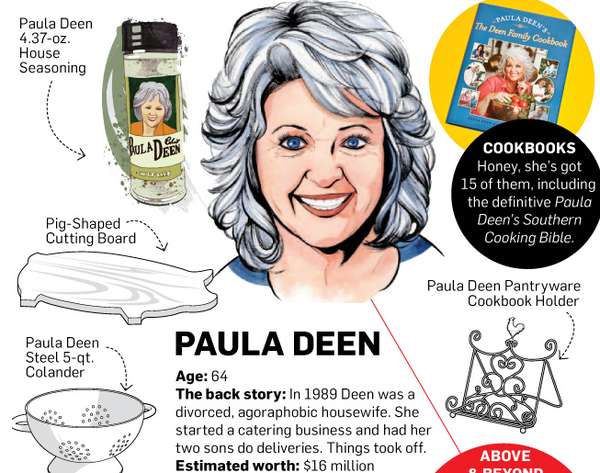 The 'Kitchen Royalty' Infographic is a Friendly Food Competition

Paula Deen, Mario Batali, Emeril Lagasse, Rachael Ray, and Wolfgang Puck have quickly become household names thanks to their TV shows and the bevy of products endorsed and branded by them -- but which chef has the most power to their name? According to the illustrated chart, long-time pro Puck beats out the rest, with an estimated worth of $75 million. Though Paula Deen has become an Internet meme sensation, she rests at the bottom of this top chef list, valued at $16 million.

Whether you're a Food Network fanatic or you prefer a standard microwave dinner, the Kitchen Royalty infographic will surely impress you with its delicious tidbits of info.
4.5
Score
Popularity
Activity
Freshness
Get Better and Faster