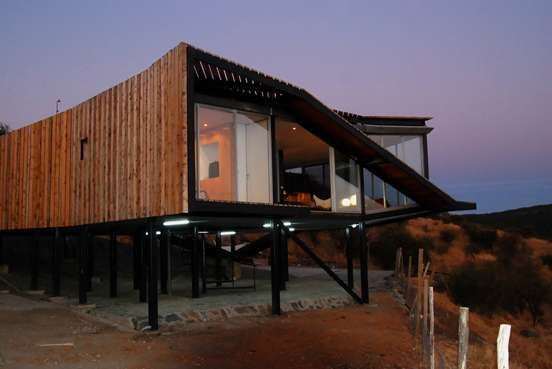 Supersudaka Creates the Kiltro House of Slants and Sacrifices

Rachel — September 27, 2009 — Art & Design
References: supersudaka.cl & dailytonic
Share on Facebook Share on Twitter Share on LinkedIn Share on Pinterest
It’s no secret that life doesn’t always go as planned, and it seems even architecture isn’t immune to mistakes (even repeated ones). The Kiltro house by Supersudaka was plagued with problems, so instead of fighting it, they went with it.

The Kiltro house was plagued by change of design, direction, and view, as well as problems with permits and contractors. The result is a super sculptural home, humorously named the Kiltro house, which means a "mix, like a crossbreed dog." Turning mistakes to nice home design, I like it! Embrace mistakes!
5.1
Score
Popularity
Activity
Freshness
Attend Future Festival