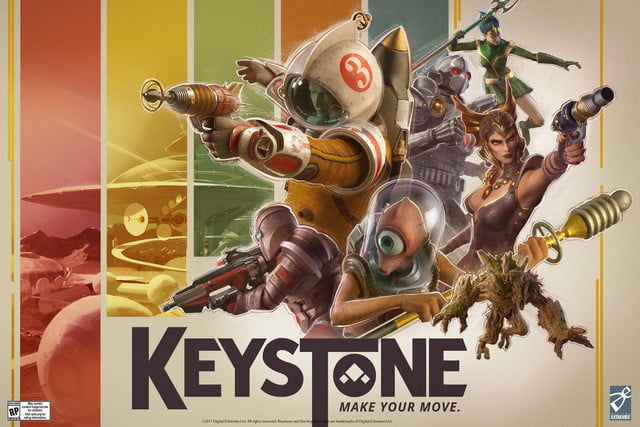 Joey Haar — May 24, 2017 — Tech
References: playkeystone & digitaltrends
Share on Facebook Share on Twitter Share on LinkedIn Share on Pinterest
Digital Extremes, the company behind the popular first-person shooter Unreal and Unreal Tournament, has announced the release of a new game called 'Keystone' that, like its previous titles, promises to shake up the genre. Though it's technically a first-person shooter, Keystone is unique in that it combines its console game with a card game.

In Keystone, card decks will give the players various abilities and powers that they will be able to make use of in the FPS side of the title. Further, making plays with one's card deck will impact how the FPS is played as well. The specific details are hazy now, but the game's site says that "each move transports you into an epic battle."

Keystone will be free to play online, though the card decks may ending costing players money in lieu of an upfront cost.
4.6
Score
Popularity
Activity
Freshness
Jeremy Gutsche Keynote Speaker