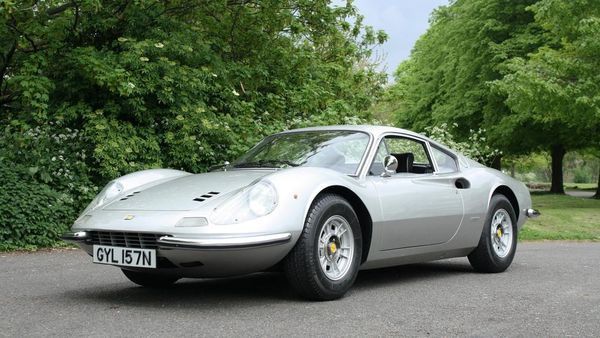 Rahul Kalvapalle — May 6, 2014 — Autos
References: coys & bbc
Share on Facebook Share on Twitter Share on LinkedIn Share on Pinterest
The UK's Coys auction house, specialists in historic and rare automobiles, are set to auction a 1972 Ferrari Dino 246GT that was owned by Rolling Stones guitarist Keith Richards. Richards purchased the Dino brand new in California in 1972, and loved it so much that he brought it with him to the UK in 1975.

Richards owned the car for 14 years, covering 25,000 miles along the way. The vehicle was then sold to a collector and spent an extended period of time in Japan.

The vehicle is believed to have a transverse 2.4-liter V6 engine that pumps out 195 brake horse power, and a top sped of 146 mph. However, its main appeal is clearly the fact that it was once the property of Keith Richards.

Coys is auctioning the car with 'no reserve,' which means there is no specific minimum price at which the car has to be sold.
0.3
Score
Popularity
Activity
Freshness
Get the 2023 Trend Report FREE