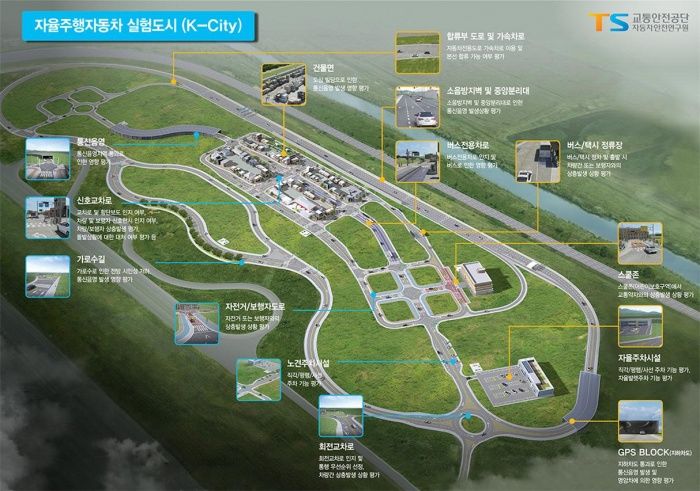 Joey Haar — November 7, 2017 — Autos
References: koreaherald & digitaltrends
Share on Facebook Share on Twitter Share on LinkedIn Share on Pinterest
Because of necessary regulation, self-driving vehicles are difficult to test in the real world, so the South Korean government has responded with the erection of K-City. Rather than lifting the regulations altogether and allowing for testing of potentially unsafe vehicles, K-City is a massive testing ground in the East Asian nation designed to mimic the conditions of real urban and suburban environments without exposing any actual citizens to that testing.

K-City is an 80 acre parcel of land 20 miles south of Seoul. The space includes a wide range of simulated driving environments, including highways, downtown areas, city outskirts, and communal spaces like pedestrian crossings, toll gates, construction sites, and more. Due to its wide range of conditions, companies like Waymo, Samsung, Hyundai, and Kia Motors are making use of the space.
3.2
Score
Popularity
Activity
Freshness
Jeremy Gutsche Keynote Speaker

Autonomous Rideshare Services
Lyft and Drive.ai are Offering a New Way for People to Get Around