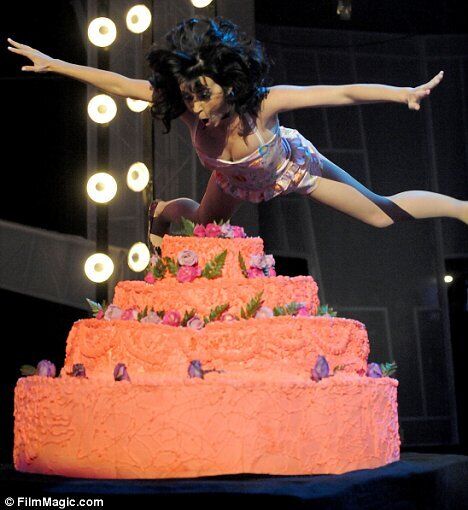 Perry, who was wearing a pinkish baby doll dress, planned to finish her performance by diving into a gigantic pink cake. Predictably, she slipped and fell on the icing while getting up from the stunt. It all went downhill from there.

Katy Perry skidded uncontrollably on stage, and at one point she tried to find her footing by holding onto one of her mariachi-clad bandmates. But her bandmates' help went to no avail, and the singer continued to fall face-first on the floor several times. Perry ended up crawling to safety towards the back of the stage.
3
Score
Popularity
Activity
Freshness
View Innovation Webinars