An Airbrushed Life of Scandal 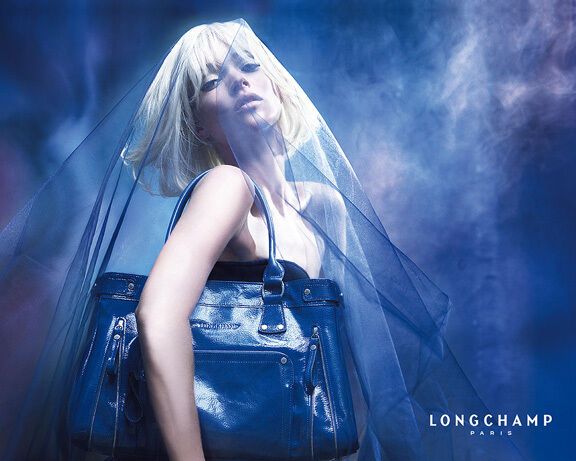 The campaign is stunning. Moss wears a strapless, black corsette top with a tiny pair of black underwear. Her hair is done up in a sexy blond bob a la Marilyn Monroe and she poses with a look of hopeless innocence on her face.

The background is filled with artistic smoke, a perfect setting for one of the starlets who has continued to make smoking look "sexy" to so many young women today.

Isn't it incredible what air brushing can do?

Moss is looked up to by thousands of girls worldwide and considered a style icon, and not just when she's dolled up in beautiful advertisements like this, but also when she's photographed by paparazzi in her free life, living a chain-smoking, hard-partying, drug scandal infused life.

All over the web you can see images of Moss smoking, and young girls blogging about what an inspiration Moss is, how beautiful she makes cigarette addictions look, and how looking at these photos motivates them to become rail thin.

You would think negative qualities of a celebrity's personal life would negatively impact their career, but in fact, after her alleged cocaine use in 2005, she had a major career boost, earning $23,410,000 in a single year. That's incredible considering her estimated worth after two decades of supermodeldom is around $58,530,000.

Is this because people relate to them on a more human level? Is it schadenfreude, taking pleasure in the fact that their lives aren't perfect and they may be miserable despite their wealth and success after all?

Who knows. All that's clear is that the ads in which Kate Moss poses show another side of her that glows and is beautiful, yet reality lurks in the shadows... which would be OK if young girls weren't so desperate to see that dark side and unravel the secrets so they might live a similar life on their own.
5.2
Score
Popularity
Activity
Freshness
View Innovation Webinars