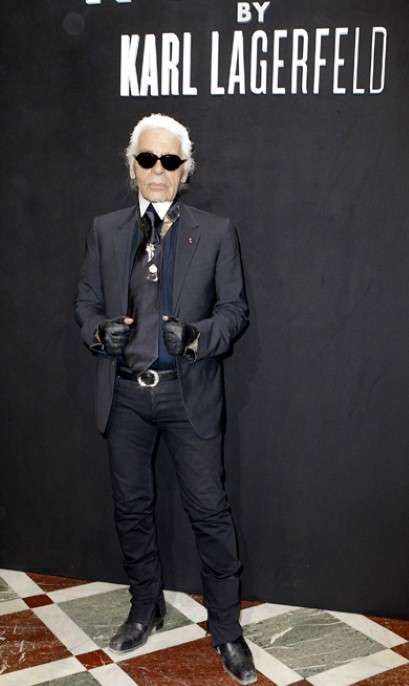 The 78-year-old king of design and Chanel has decided to create a line of rock 'n' roll-inspired garb that will be priced much, much lower -- about $80 to $450 USD -- than his highly coveted Chanel creations. The collection, which will include biker jackets, dresses and sweatshirts, will only be available online at online fashion retailer Net-a-porter.com.

The Karl Lagerfeld 'Karl' line is not the designer's first foray into cheap-chic fashion. In 2004, the designer partnered up with fast fashion retailer H&M and has also launched a collection for Macy's this year. In addition, next fall, Lagerfeld will launch a more upmarket label called "Karl Lagerfeld Paris." This particular line will be sold in department stores and will feature more pricey items that cost from $450 to $2,700 USD.
2.3
Score
Popularity
Activity
Freshness
Attend Future Festival