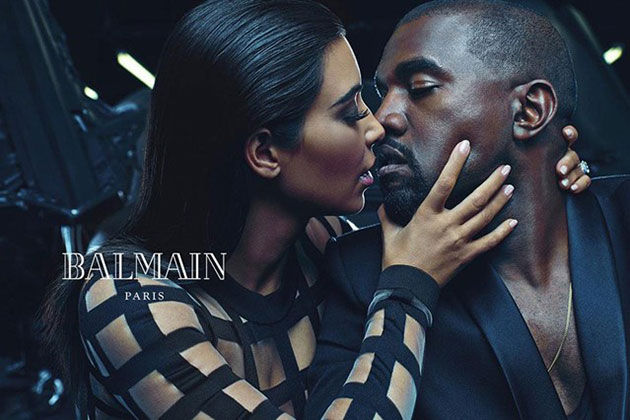 The recently-married couple and parents to North West have been making waves in the fashion world as of late, most notably landing the cover of Vogue. The cover proved to stir quite the controversy, with several models speaking out, claiming that KimYe was undeserving of the honor. However, that hasn't stopped Kim and Kanye from forging ahead with their plans for full-scale world domination.

Both Kim and Kanye are known to be big fans of the French fashion house, which is now headed by Creative Director Olivier Rousteing (a personal friend of the couple). This image is the first of an entire campaign that will star the notorious pair.
2
Score
Popularity
Activity
Freshness