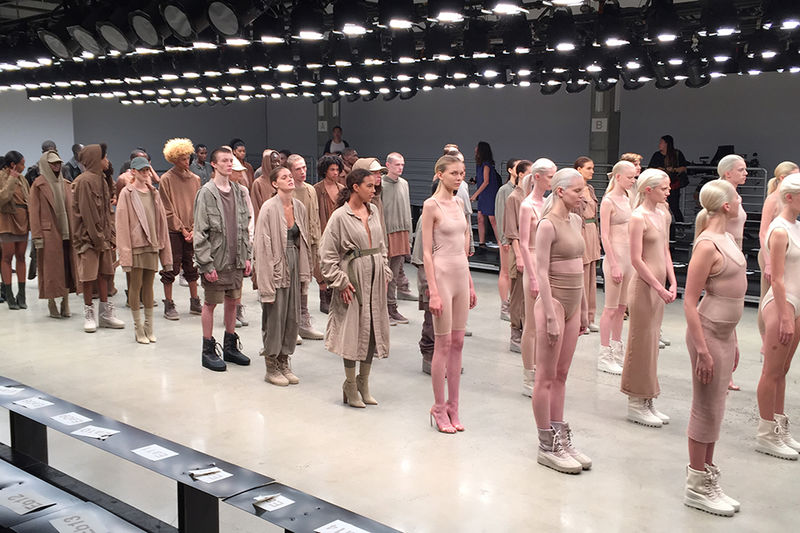 The unconventional runway show consisted in an army of models clad in beige, brown and black apparel. Although the Season 2 collection will not be produced by Adidas, it nonetheless picks up the thread of earlier installments of the Kanye West Yeezy project: the aesthetic is distressed, minimalist streetwear, with ultra-baggy silhouettes in the men's apparel and ultra-tight in the women's.