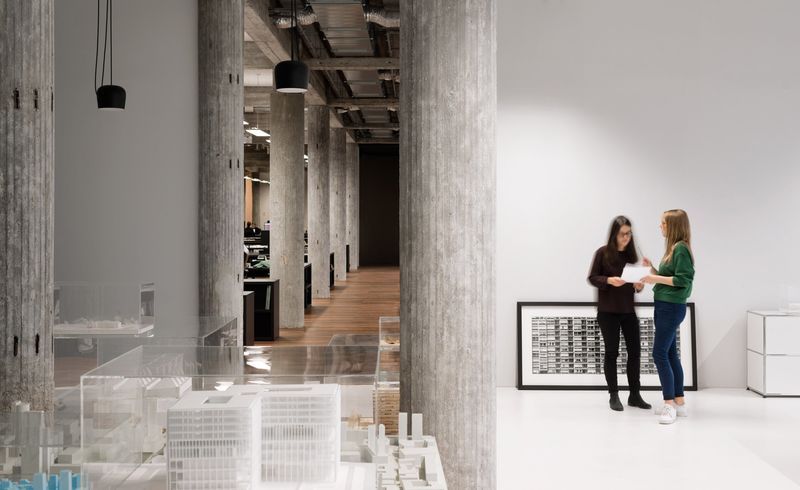 Joey Haar — November 23, 2016 — Art & Design
References: kaanarchitecten & dezeen
Share on Facebook Share on Twitter Share on LinkedIn Share on Pinterest
KAAN Architecten, a Dutch architecture studio, recently designed a new office space for itself in a former bank building. Built in the 1950s, the space was formerly occupied by De Nederlandsche Bank, and KAAN Architecten has used the modernist style of the building for its own purposes.

The sprawling office is located in Rotterdam, on the edge of the Mass river -- not far from the famous Erasmus Bridge. With over 1,400 square meters of space, the office has more than 80 work spaces throughout its open-concept layout. According to Dikkie Scipio, one of the co-founders of the studio, "the notion of sharing of knowledge is at the core of the division of spaces and the interior design of the new office."

Part of the unique appeal of the office design are the concrete columns that KAAN Architecten left exposed through the central corridor.
2.7
Score
Popularity
Activity
Freshness
Get the 2021 Trend Report FREE