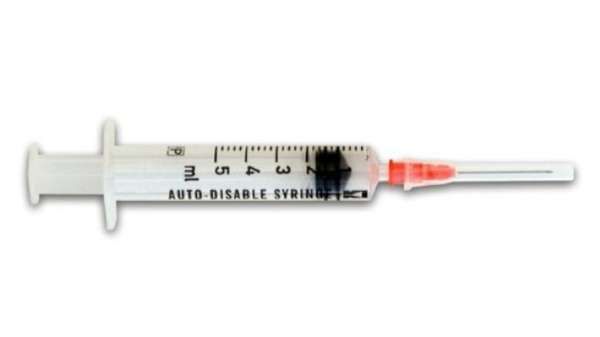 Michael Hines — December 4, 2011 — Lifestyle
References: starsyringe & gizmag
Share on Facebook Share on Twitter Share on LinkedIn Share on Pinterest
The K1 Auto Disposable syringe is a syringe designed to be used one time and one time only. The K1 Auto Disposable syringe is designed for use by developing countries. These poorer countries are often cash-strapped and reuse their syringes either to save money or out of ignorance.

According to the World Health Organization, the cost of syringe sharing is huge, with 1.3 million deaths around the world per year caused by diseases contracted from shared needles. These deaths also cost a lot, adding up to around $100 billion in wasted funds. The K1 Auto Disposable syringe is designed to cut the waste and death with a simple redesign that makes it impossible to use twice. K1 has a special ring etched inside of it that makes it possible to depress the plunger only once, with the plunger snapping off inside of the syringe if it is used twice. The government of Tanzania has agreed to start using the K1, and hopefully other countries follow suit.
0.4
Score
Popularity
Activity
Freshness
View Innovation Webinars