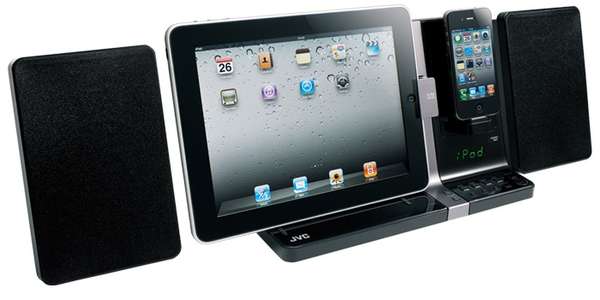 The JVC UX-VJ3 Speakers Provide a Slick Alternative for Music

The JVC UX-VJ3 is one of the latest speakers to come out of the electronics company built specifically for Apple products. The center acts as the main compartment for the iPad, while the side offers a dock for the iPod. If you wanted to charge two devices at the same time, it's possible. It has two speakers that provide surround sound, 30-watt output and a "frequency range of between 73Hz and 18kHz and 10 percent total harmonic distortion," according to Gizmag. It has your standard AM/FM tuner, alarm clock, remote control, a downlit LED-illuminated base and, of course, music-playing capability. The slick, thin build won't take up too much space, so it's a design that's perfectly suited for the modern home.
2.9
Score
Popularity
Activity
Freshness
Jeremy Gutsche Keynote Speaker