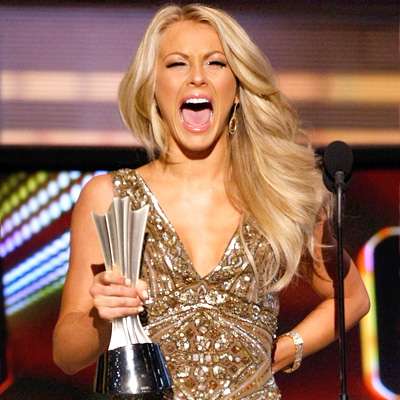 Julianne Hough Rips Her Gown, But Others Still Glam in Gold

When she accepted her Top New Artist ACM Award, she expressed her positive outlook by saying, “It’s a good thing I ripped my dress, because now I have something else to think about.”

Julianne Hough, who was wearing a glittery gold gown by Zuhair Murad, wasn’t the only star to show up at the event in disco fashion; in fact, metallic dresses have become quite popular these days as demonstrated in the related articles below.

The pictures of Julianne Hough are followed by other disco gown wearers on the red carpet at the 2009 ACM Awards including Heidi Newfield, Kellie Pickler, Carrie Underwood, and even gents like Jay DeMarcus and Joe Don Rooney of Rascal Flatts and Troy Gentry of Montgomery Gentry wore silver suits!
4.5
Score
Popularity
Activity
Freshness
View Innovation Webinars