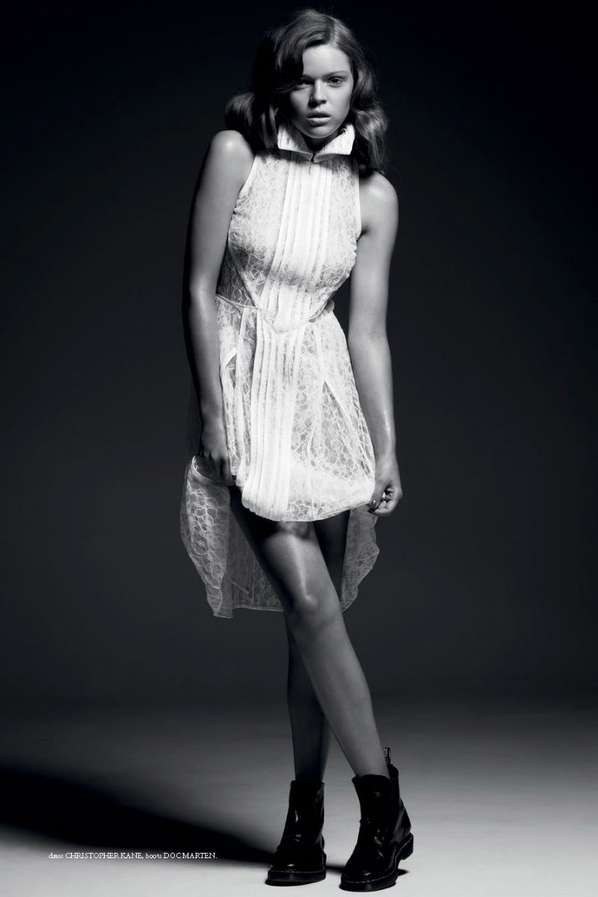 The Juliana Forge Helmet Magazine #2 shoot was captured by Ned Rogers, a rapidly rising Australian photographer, and he does a fantastic job of giving Juliana several different looks to toy with, shooting her in many different positions that highlight her doe-eyed beauty and doll-like face.

Forge shows a special talent for versatility in this editorial, alternating between the innocent schoolgirl, demure debutante, and seductive Lolita with relative ease. In each picture, her mouth, often slightly agape, adds a healthy layer of sultry swagger to her aura.

Implications - One of the most effective forms of marketing is sexually charged advertising. By eschewing the conventions associated with typical marketing in favor of something more edgy, the company shows a willingness to think outside of the box.
3.3
Score
Popularity
Activity
Freshness
Get Better and Faster