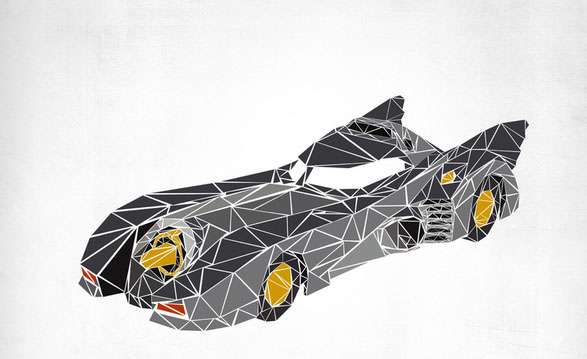 Jason Soy — March 1, 2012 — Pop Culture
References: society6 & lacarpa.tumblr
Share on Facebook Share on Twitter Share on LinkedIn Share on Pinterest
It’s been a long while since most people have seen the vehicles in these Josh Ln illustrations, but in addition to their awesome designs, viewers will no doubt feel a euphoric sense of nostalgia while looking at these images. The Batmobile, the Millennium Falcon, the Delorean, the Turtle Van and the Ecto-1 were all staples of ‘90s kids’ entertainment, so to see them make a return in the 2010s is a much welcomed sight.

What differs Josh Ln’s images from most other artists’ work is that Ln forms his subjects using mosaics. Jagged polygonal shapes are grouped together like a jigsaw puzzle in order to define an object, and the results are surprisingly faithful to their source material.