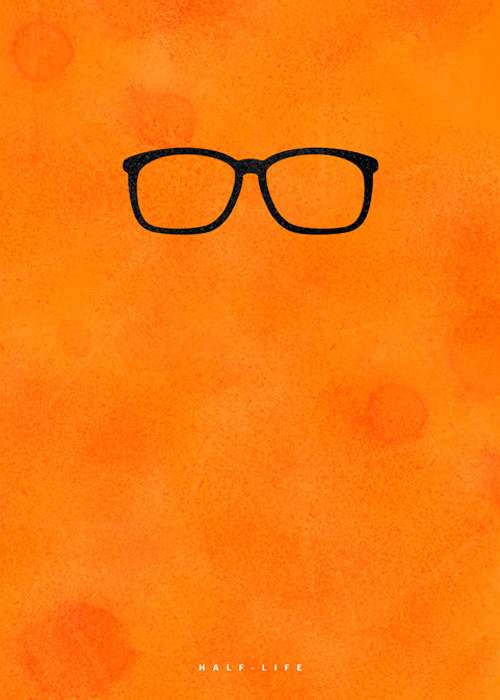 Using iconic imagery such as the chamber of a gun barrel or a pair of glasses, Harrold denotes popular gaming productions found on Sony and Microsoft consoles. Though the visuals are simplistic, fans can easily identify game titles simply by the clues given by each poster’s graphics and predominant color. Those still lost can simply read the titles of each piece, which Harrold has conveniently placed at the bottom of each poster.