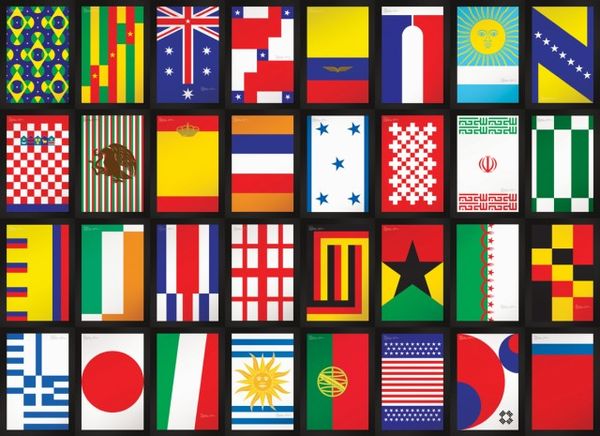 Meghan Young — June 5, 2014 — Lifestyle
References: zeazevedo & fubiz.net
Share on Facebook Share on Twitter Share on LinkedIn Share on Pinterest
Jose Azevedo is a talented illustrator and graphic designer who has taken it upon himself to a create bold and modern poster series in honor of the 2014 World Cup event. Since he hails from Vitória, Brazil, it is only natural that he would have been drawn to such a project. Fun, personal and celebratory, Jose Azevedo re-imagines the flags of each of the 32 countries participating in the international soccer event.

From Japan and Korea to Portugal and Australia, Jose Azevedo puts his own spin on their flags. Creating bold and abstract imagery, the flags become artworks that people of all nationalities would want to display on their walls. In a heartwarming way, Jose Azevedo encourages people to embrace other cultures and countries in addition to their own.
5.1
Score
Popularity
Activity
Freshness
Attend Future Festival