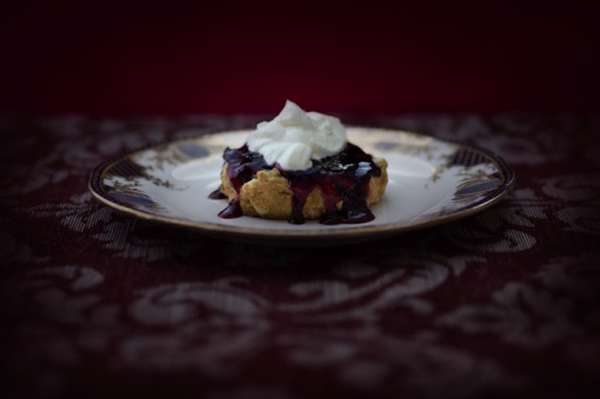 — July 17, 2013 — Lifestyle
References: jonathan-cameron & lostateminor
Share on Facebook Share on Twitter Share on LinkedIn Share on Pinterest
New Zealand-born photographer Jonathan Cameron has just released a new photo series called 'Vamp: High Tea Edition.' The series is formatted as a book, with each photo accompanied by a recipe created by Cameron. These recipes are no joke; if vampires did exist, these recipes would be perfect for them. Cameron actually included animal blood in each recipe, often as the featured ingredient. That's right -- the blood-like liquid dripping down the sides of each dessert pictured above is real blood.

With shows like True Blood and movies like Twilight, which center around "vegetarian" vampires, or vampires who drink blood other than the human variety, it's clear that people fantasize about these monsters and their ability to become reformed. Cameron jumped on this strange obsession with the undead, creating a true-to-life meal that would be perfect for vegetarian vamps with a bit of a sweet tooth.
0.4
Score
Popularity
Activity
Freshness
Get Trend Hunter Dashboard